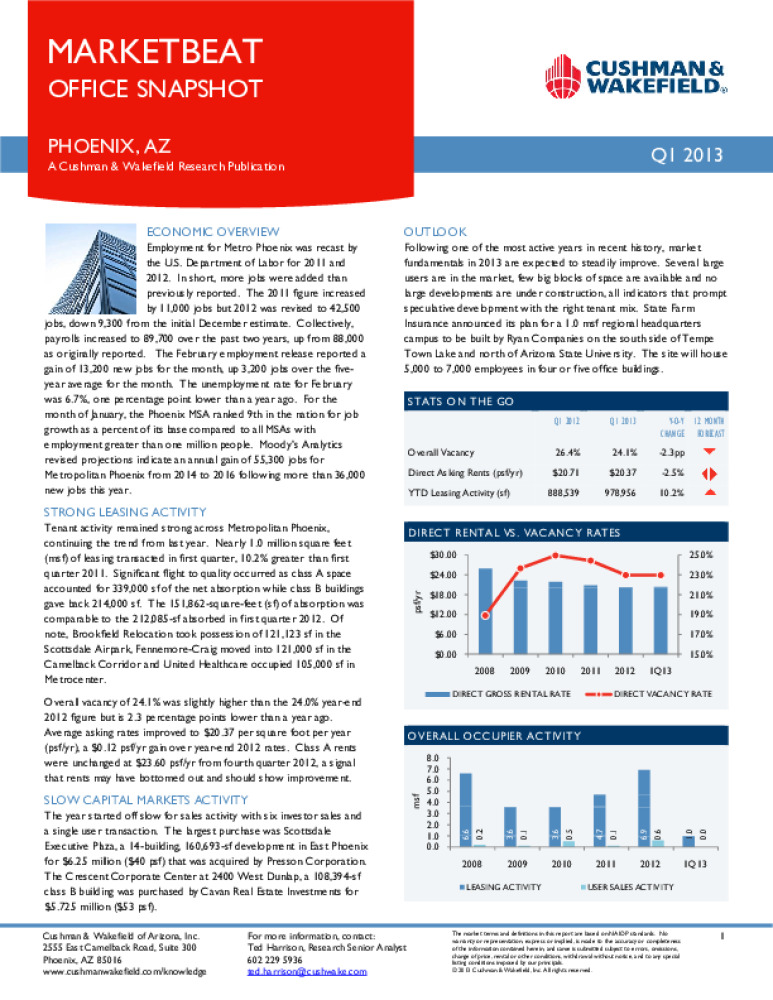 Employment for Metro Phoenix was recast by the U.S. Department of Labor for 2011 and 2012. In short, more jobs were added than previously reported. The 2011 figure increased by 11,000 jobs but 2012 was revised to 42,500 jobs, down 9,300 from the initial December estimate. Collectively, payrolls increased to 89,700 over the past two years, up from 88,000 as originally reported. The February employment release reported a gain of 13,200 new jobs for the month, up 3,200 jobs over the fiveyear average for the month. The unemployment rate for February was 6.7%, one percentage point lower than a year ago. For the month of January, the Phoenix MSA ranked 9th in the nation for job growth as a percent of its base compared to all MSAs with employment greater than one million people. Moody’s Analytics revised projections indicate an annual gain of 55,300 jobs for Metropolitan Phoenix from 2014 to 2016 following more than 36,000 new jobs this year.