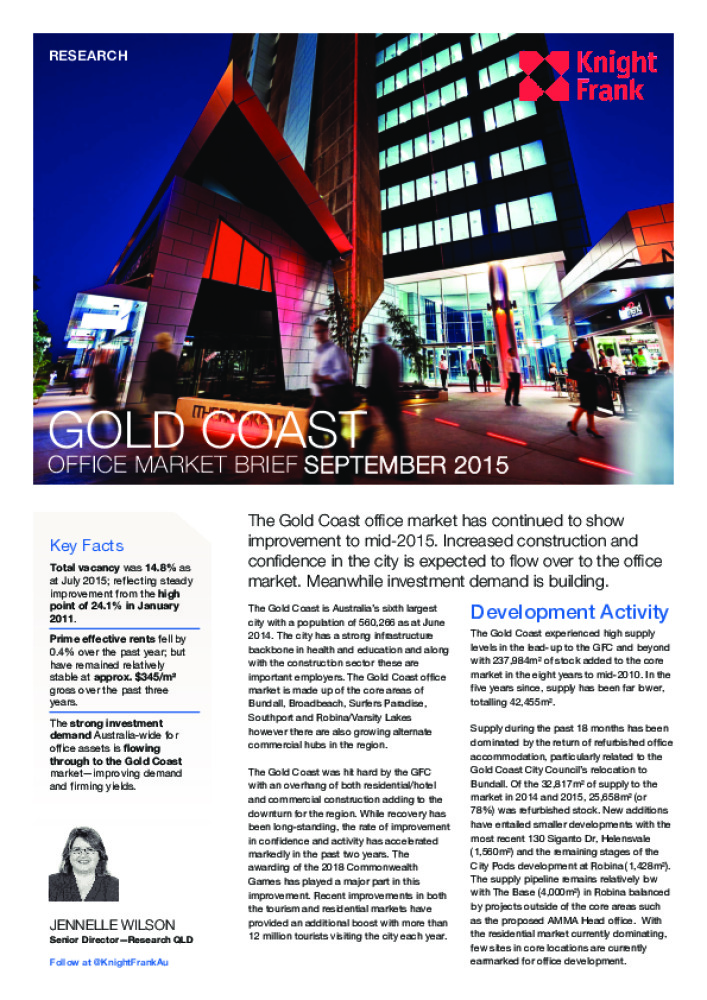 The Gold Coast is Australia’s sixth largest city with a population of 560,266 as at June 2014. The city has a strong infrastructure backbone in health and education and along with the construction sector these are important employers. The Gold Coast office market is made up of the core areas of Bundall, Broadbeach, Surfers Paradise, Southport and Robina/Varsity Lakes however there are also growing alternate commercial hubs in the region.