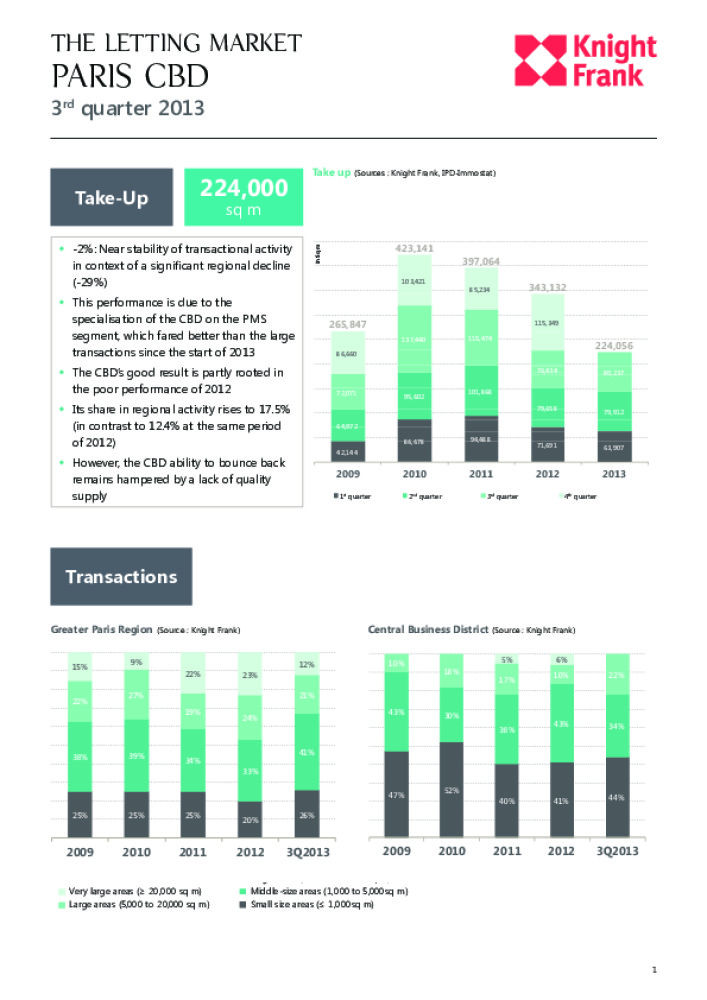 -2% : Near stability of transactional activity in context of a significant regional decline (-29%).

This performance is due to the specialisation of the CBD on the PMS segment, which fared better than the large transactions since the start of 2013.

The CBD's good result is parly rooted in the poor performance of 2012.

However, the CBD ability to bounce back remains hampered by a lack of quality supply.