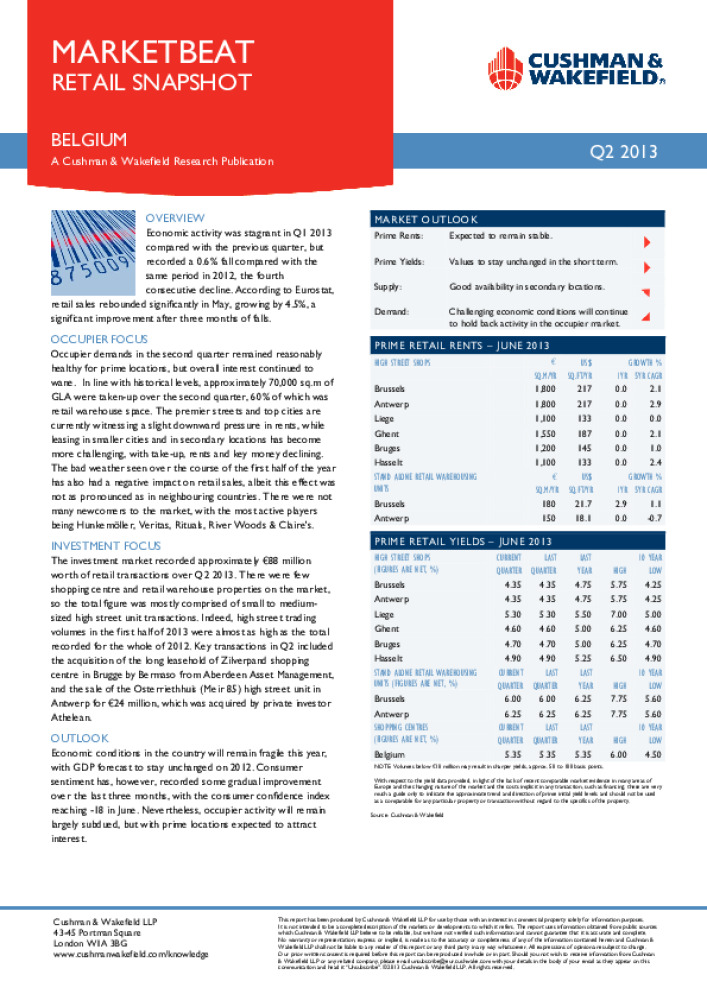 Economic activity was stagnant in Q1 2013 compared with the previous quarter, but recorded a 0.6% fall compared with the same period in 2012, the fourth consecutive decline. According to Eurostat, retail sales rebounded significantly in May, growing by 4.5%, a significant improvement after three months of falls.