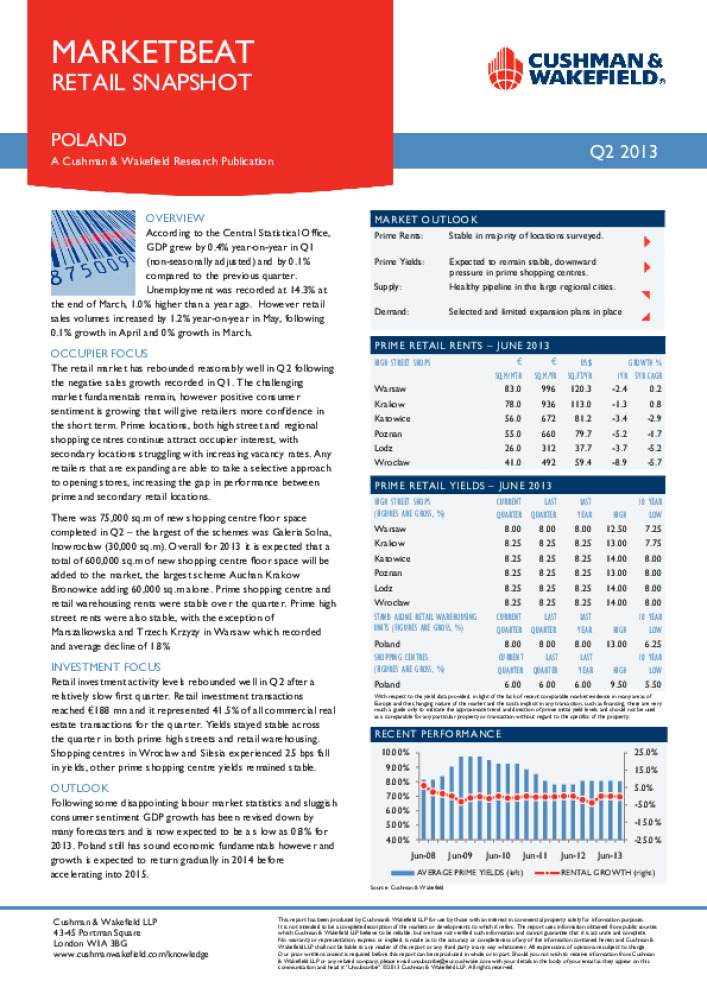 According to the Central Statistical Office, GDP grew by 0.4% year-on-year in Q1 (non-seasonally adjusted) and by 0.1% compared to the previous quarter. Unemployment was recorded at 14.3% at the end of March, 1.0% higher than a year ago. However retail sales volumes increased by 1.2% year-on-year in May, following 0.1% growth in April and 0% growth in March.