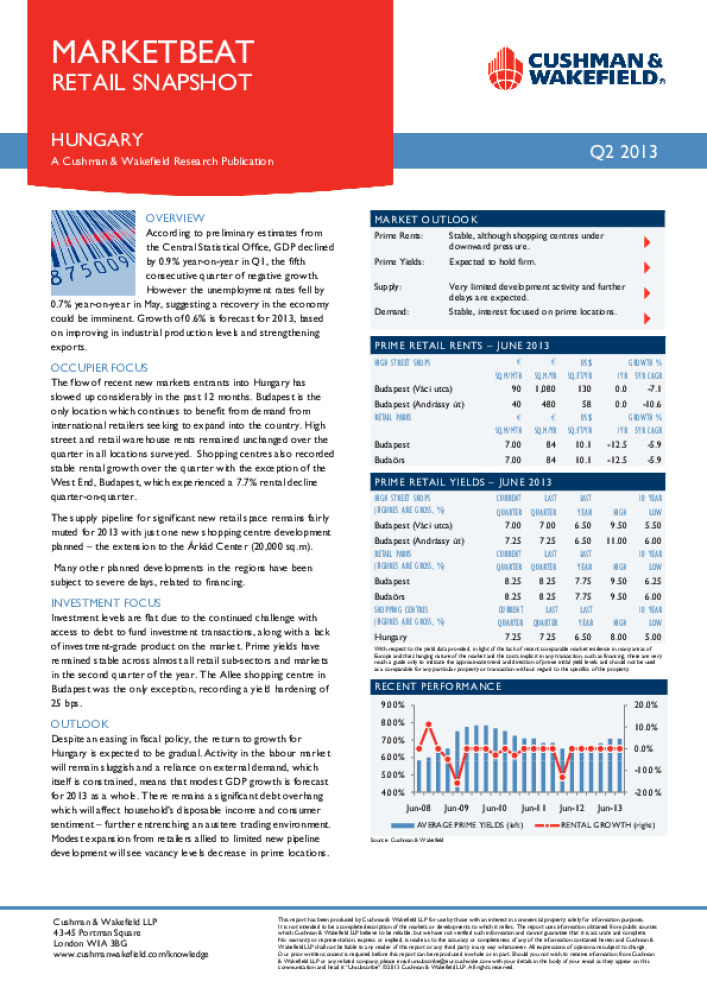 According to preliminary estimates from the Central Statistical Office, GDP declined by 0.9% year -on-year in Q1, the fifth consecutive quarter of negative growth. However the unemployment rates fell by 0.7% year-on-year in May, suggesting a recovery in the economy could be imminent. Growth of 0.6% is forecast for 2013, based on improving in industrial production levels and strengthening exports.