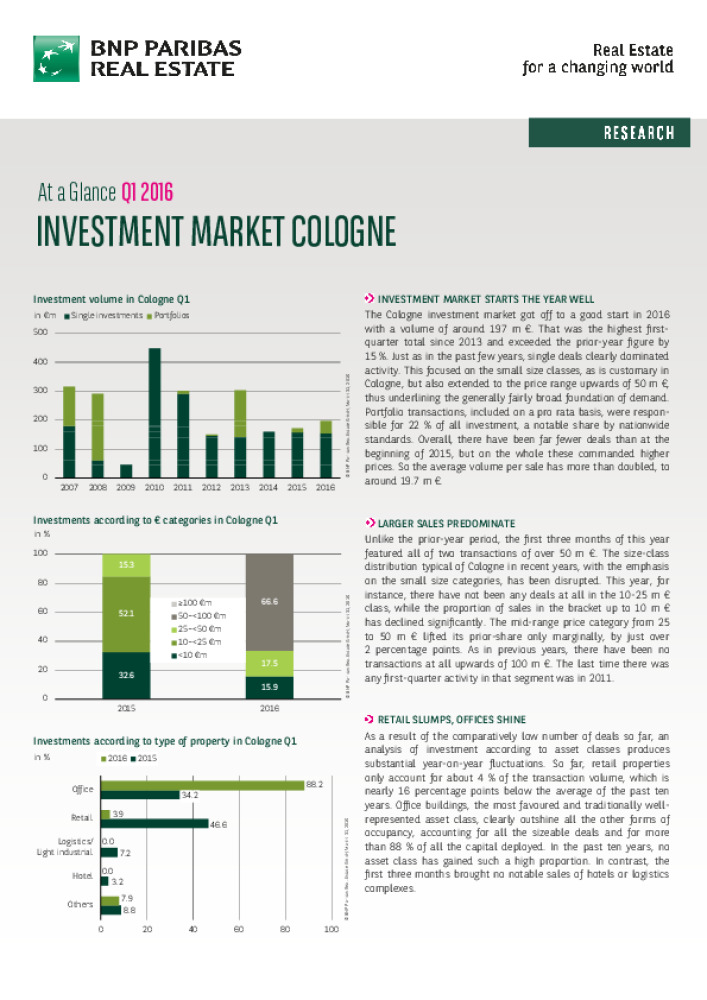 The Cologne investment market got off to a good start in 2016 with a volume of around 197 m €. That was the highest firstquarter total since 2013 and exceeded the prior-year figure by 15 %. Just as in the past few years, single deals clearly dominated activity. This focused on the small size classes, as is customary in Cologne, but also extended to the price range upwards of 50 m €, thus underlining the generally fairly broad foundation of demand. Portfolio transactions, included on a pro rata basis, were responsible for 22 % of all investment, a notable share by nationwide standards. Overall, there have been far fewer deals than at the beginning of 2015, but on the whole these commanded higher prices. So the average volume per sale has more than doubled, to around 19.7 m €.