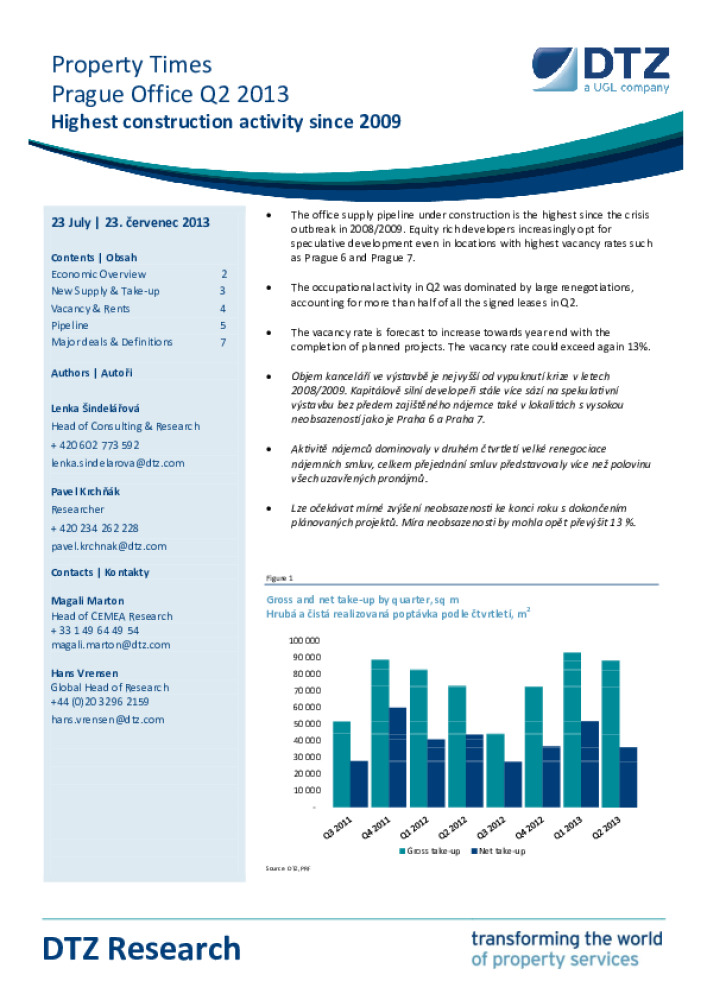 The office supply pipeline under construction is the highest since the crisis outbreak in 2008/2009. Equity rich developers increasingly opt for speculative development even in locations with highest vacancy rates such as Prague 6 and Prague 7.

The occupational activity in Q2 was dominated by large renegotiations, accounting for more than half of all the signed leases in Q2.