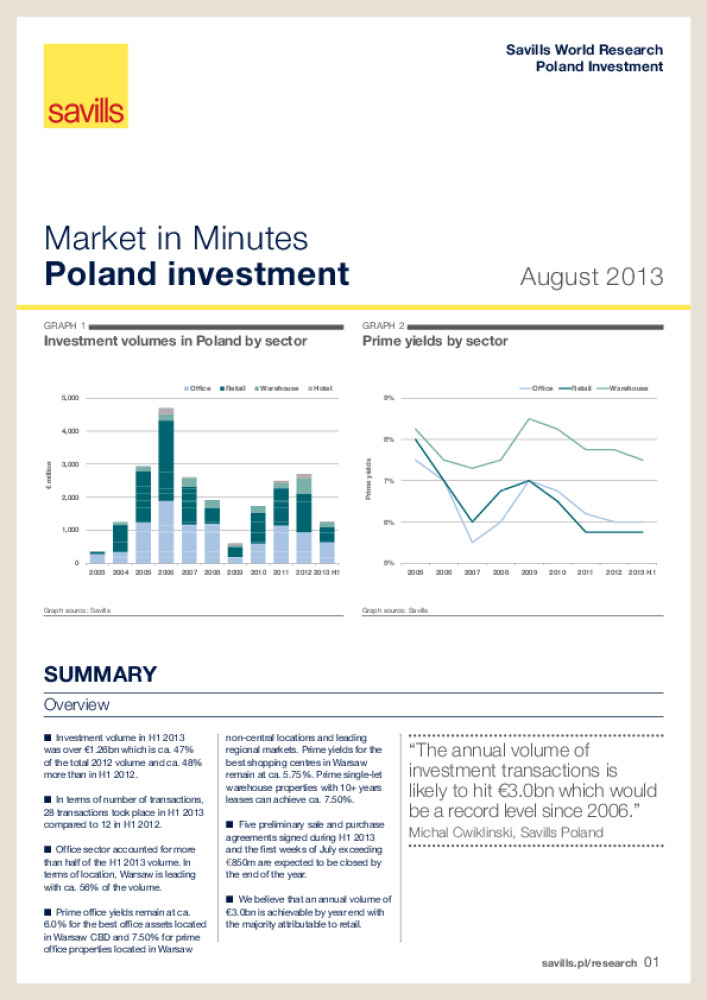 Office sector accounted for more than half of the H1 2013 volume. In terms of location, Warsaw is leading with ca. 56% of the volume.

Five preliminary sale and purchase agreements signed during H1 2013  and the first weeks of July exceeding  €850m are expected to be closed by the end of the year.

We believe that an annual volume of €3.0bn is achievable by year end with  the majority attributable to retail.